A pod of dolphins protected a swimmer from a stalking shark. He felt protected 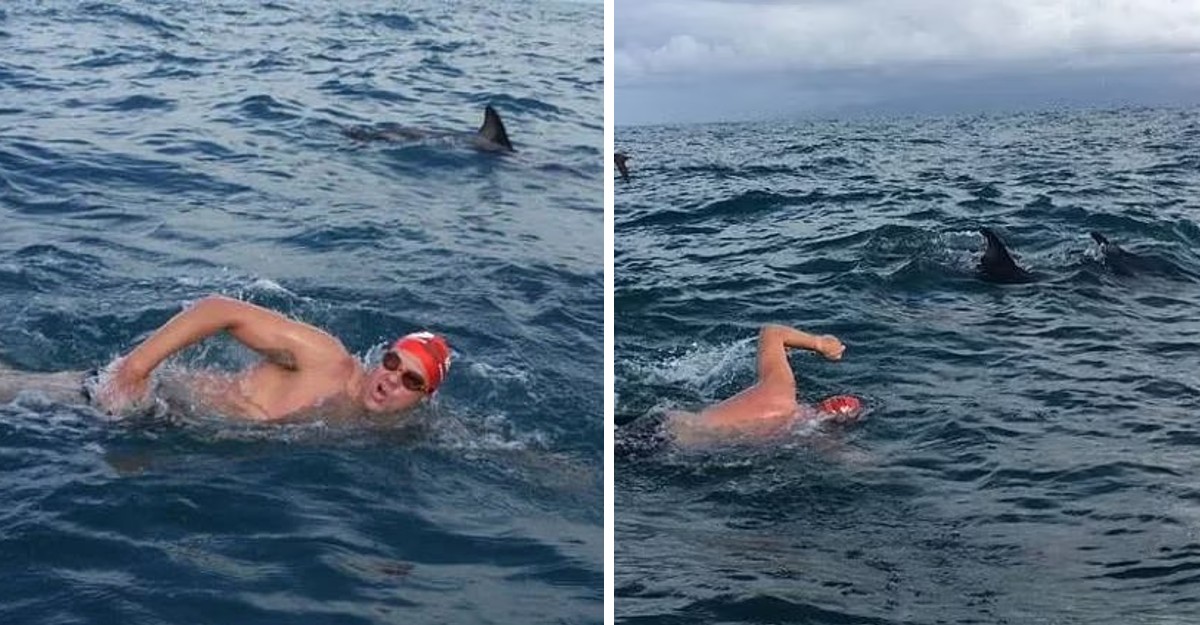 British swimmer Adam Walker said the dolphins formed a circle around him as a great white shark approached, protecting him from possible attack. “They were guiding me home,” the athlete said.

Swimming with dolphins is quite an experience for those who have been lucky enough to do so, since they’re a very human-friendly species. However, I think few would argue that a pod of dolphins was able to protect a human from a possible shark attack.

Professional swimmer Adam Walker dived off the coast of New Zealand to cross another feat off the bucket list. The challenge was to complete the 16-mile swim across the Cook Strait.

As he entered the water, a pod of dolphins soon approached him, and they began swimming together. Everything seemed calm and a beautiful experience, until he noticed a great white shark appear just a few feet away.

“I happened to look down and saw a shark a few meters underneath me,” Adam said on his YouTube channel. “I tried not to panic as I have an objective to successfully swim across.”

However, he never expected the dolphins to help him at such a tricky moment. As a defense mechanism, these mammals formed a protective ring around him as the shark began to approach.

“I’d like to think they were protecting me and guiding me home,” he told the Marlborough Express. “This swim will stay with me forever.”

Staying together in pods is the main way dolphins defend each other from a shark attack, and the brave creatures often harass the predator and chase it away. Whether the dolphins did it in Adam’s defense is another question, but they beat the shark nonetheless.

“I can’t say if the dolphins came as a pod to my aid as they can’t speak to me, however, I can say that after a few minutes, the shark disappeared and the dolphins stayed with me for another 50 minutes, which was an amazing experience,” said Adam.

He’d been told that there wouldn’t be sharks so close to shore, so it was a surprise to encounter this species, even though he had already had two experiences with this animal in Hawaii and in the Tsugaru Channel in Japan. His advice: don’t panic.