Actress Yalitza Aparicio is all the rage on TikTok with her dancing. Her fans love her hip movements 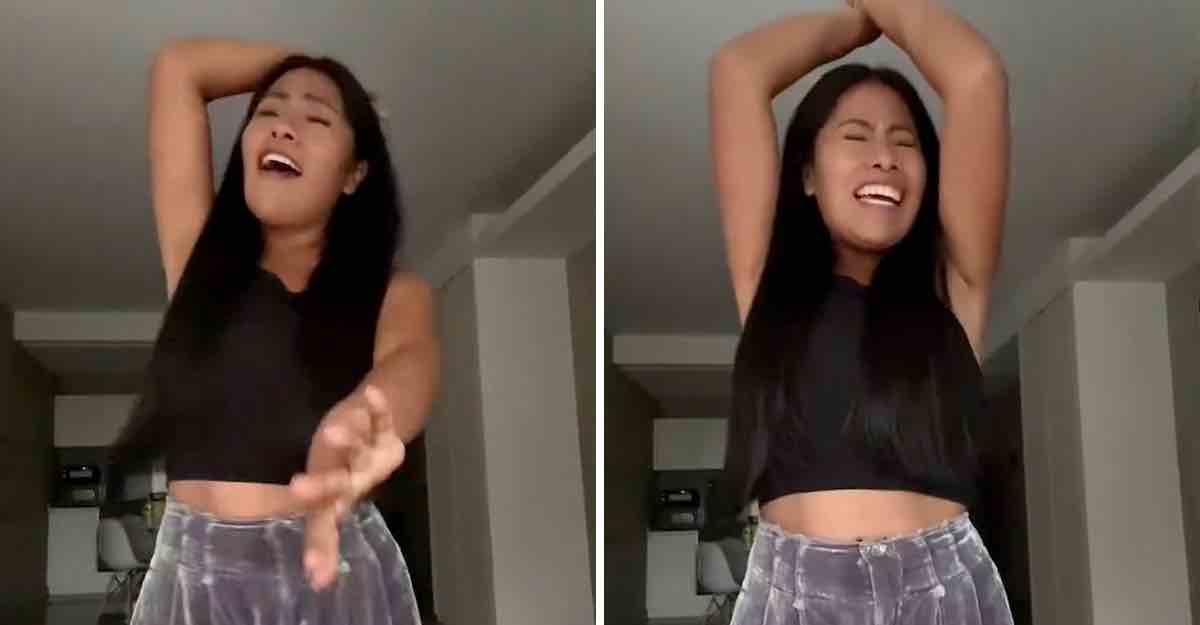 The video has almost 64,000 views on the platform, more than 7,000 “likes” and hundreds of comments highlighting her outfit, beauty and steps.

Yalitza Aparicio, 28-year-old Mexican actress, famous for her role as “Cleo” in the acclaimed film “Roma” (2018), got people talking after uploading an interesting video to her TikTok account: her dancing to the rhythm of a song by “Grupo Límite” (Limit group in English).

The video was published with the intention of being funny, as it begins with an audio that says, “When your psychologist tells you to set limits” and you hear another voiceover that responds, “Set limits? Okay”.Yalitza takes it very literally and turns away from the camera to start dancing with a lot of feeling to “Te Aprovechas” by the aforementioned group.

The video has almost 64,000 views on the platform, more than 7,000 “likes” and hundreds of comments highlighting her outfit, beauty, and moves. It should be added that she responded to a large number of them with several affectionate emojis and thanked them for their kind words.

“Your outfit is amazing, you look great in those pants. You got a laugh out of me. I’m going to start putting LIMITS in my life,” commented one person. “Share your skincare routine with us. Your face is beyond pretty!”, mentioned another follower of the Oaxacan actress, to which she replied, “But I have spots… here I am only half made up”.

Some even followed the joke: “I would never have guessed it. That’s what my psychologist wanted to tell me!”

Aparicio has 586,000 followers on TikTok and almost 4 million “likes” on all her videos she has uploaded to the platform, which generally tend to be funny, using various popular audios.

It’s important to note that Time magazine called her “the best performance of 2018″. The following year, she was named one of the “100 most influential people in the world” by the same magazine and was also given the title of “United Nations Ambassador for Indigenous Peoples”. She was also listed as one of the “100 most influential women in the world” by the BBC.

She’s also been a member of the “Academy of Motion Picture Arts and Sciences” since 2020.

You can watch Yalitza’s video here: