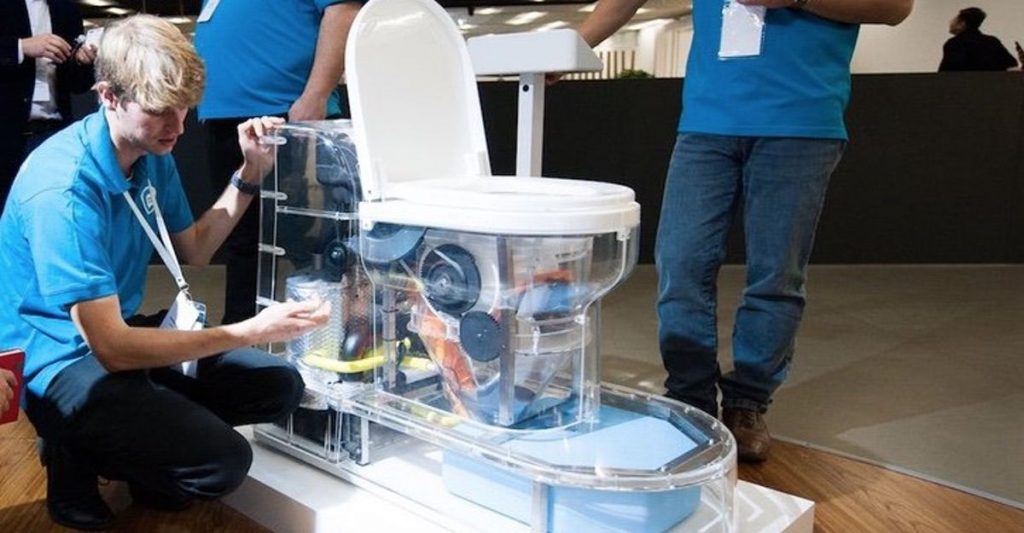 Toilets might be the solution to a planet that lacks water but has an excess of untreated human waste being dumped in places that aren’t suitable for its decomposition.

Surely, when Bill Gates founded the Microsoft company in 1975, he never thought that the computer industry would change so radically that it would end up having a function in the areas it now does. Today, practically everything has a computer inside: from televisions, refrigerators, and watches to bathroom items, because yes, the computer genius has just announced the invention of futuristic toilets.

No, we’re not talking about a competition to Japanese toilets that clean your parts with multiple functions, but instead of a tool that will possibly put the world on a more sustainable path. These are ecological toilets that don’t require water or sewers, as they have a storage system that transforms human waste into compost.

Briefly announced in a video in 2018, Gates’ idea was to create a solution that would allow him to revolutionize the way of life in countries where there is little access to water, therefore leading to an accumulation of bacteria and disease.

After the investment of more than $2 billion for renewable energy development, part of the financed research has reached the project of futuristic toilets. Today, it’s one of the main projects in the battle against climate change.

Some time ago, the idea for this device was announced in Beijing in a rather particular way. Gates presented his listeners with a jar of feces.

“You might guess what’s in this beaker – and you’d be right. Human feces. This small amount of feces could contain as many as 200 trillion rotavirus, 20 billion shigella bacteria and 100,000 parasitic worm eggs.”

–Bill Gates at the “Reinvent the Toilet” Expo Show–

In this way, untreated human wastewater also means damage to the ecosystem when it’s disposed into latrines which are then dumped into fields.

“Some of the untreated human waste is in unlined pit latrines that contaminates groundwater around people’s homes,” Gates said in his speech. “Some is collected manually, or by trucks, and is dumped into nearby fields or bodies of water. And some is collected in sewers but never gets treated. The point is that we are far from the goal the world set in 2015 of everyone using a safely-managed toilet.”

–Bill Gates at the “Reinvent the Toilet” Expo Show–

The prototypes are currently being tested in Durban, South Africa, a city that is growing fast, but where many people don’t have modern toilets. This means that they live in conditions where they’re more likely to get sick. The next step will be to present the results to manufacturers to start mass production, which could mean a revolution in the bathrooms of the future.