Bride and groom give cake with marijuana and guests go wild with the effects. They danced non-stop 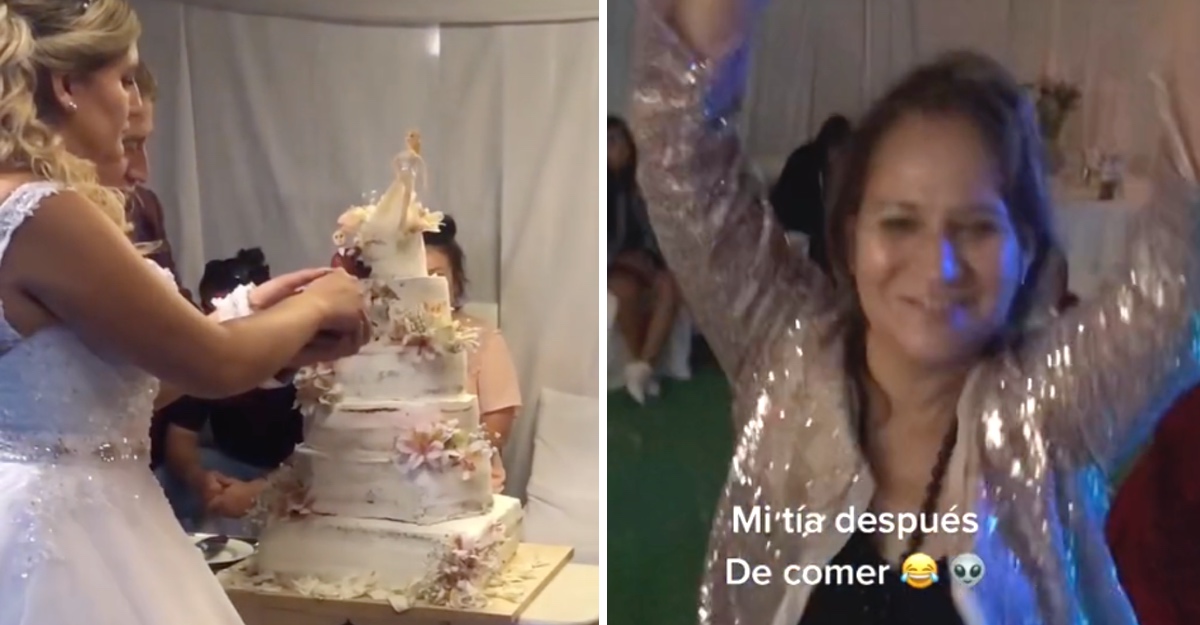 “Everyone ate under their consent,” clarified the pastry chef, who happily enjoyed the party as well.

Apparently, marijuana-laced sweets are becoming increasingly popular at family gatherings, a good excuse to laugh and have a good time with each other. Surely you remember the young man who shared the “special” gummies with his family at Christmas. Everyone was laughing uncontrollably at that moment.

Well, this time another family went a little further, and it wasn’t for a small gathering, but a wedding attended by many guests.

Through TikTok, user @alvaroelias_ told how his sister asked him for a cake with marijuana for her wedding, to which he gladly prepared a brownie. Of course, everything went normally until the end of the party. Many expected that when they cut the cake, everything would be over; but the complete opposite happened.

This is because they handed out a cake with cannabis and people went crazy. Apparently, they started to dance a lot. Even the person who made it recorded his aunt dancing.

While it was clear that not everyone was in their right mind, it seems that everything turned out well and they had a great time that night during the celebration and while consuming the cake with marijuana. The Tiktoker explained in a pinned commentary that everyone was on the same page, and by the time the cake was handed out, there were no children present.

Of course, the video went viral and many shared funny comments about the occasion, seeing that they were having so much fun. They even asked him for the recipe, to replicate it perhaps in future parties and experience something similar, just to have a good time.

Others were surprised by his sister for asking to give everyone this product on her special day. Many would be afraid that the event would be ruined, but not her.

However, the most applauded comment was from the creator himself. He talked about consent since there are people who told him that they had bad experiences not knowing why they felt strange. In addition, they made sure that no one who wasn’t of legal age approached the cake. Everything was arranged for maximum enjoyment.

It will be a wedding they won’t forget for the rest of their lives.