Conjoined twins with fused brains separated in 27-hour surgery: ‘It was wonderful to help them’ 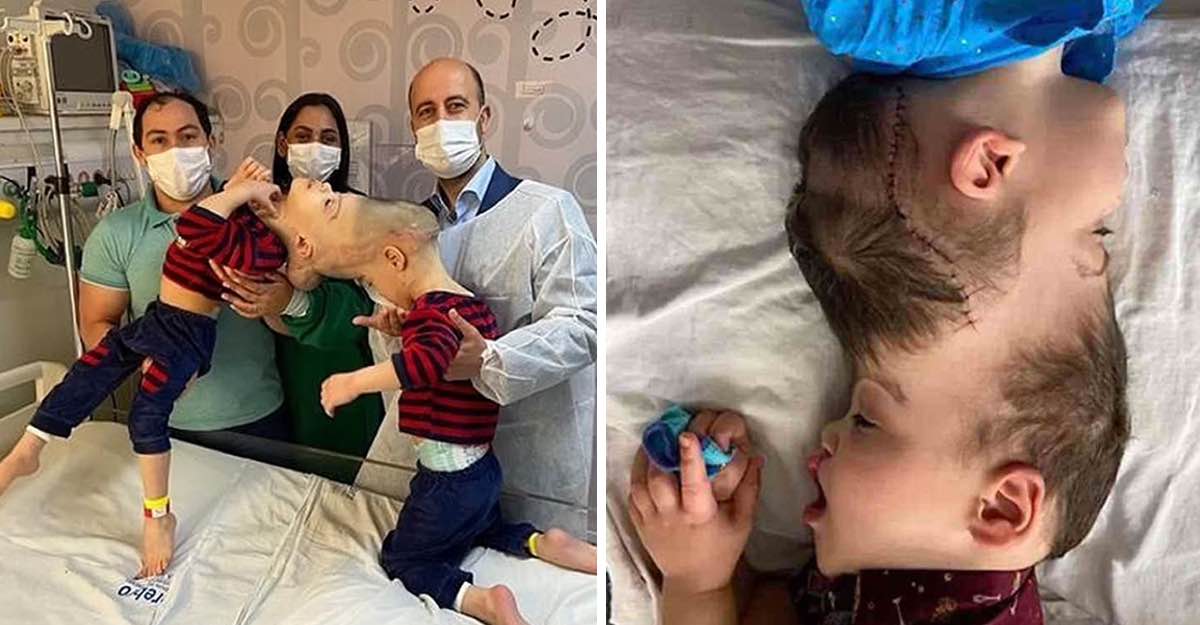 Nearly 100 doctors took part in the operation on three-year-old Bernardo and Arthur Lima from Brazil, using the “virtual reality room” and under the supervision of British neurosurgeon Owase Jeelani. His organization, Gemini Untwined, funded the process and, thanks to that, both turned out well.

Bernardo and Arthur Lima are 3-year-old Brazilian twins who have become popular around the world because of their case, as they were born with their brains fused together. This has made them craniopagus twins.

Separating them seemed impossible until the opportunity to undergo surgery became a reality. The charity Gemini Untwined, founded by British neurosurgeon Owase Jeelani, funded the operation, which has been one of the most complex surgeries to date.

The twins underwent seven surgeries in Rio de Janeiro, Brazil, which were overseen by Jeelani. Nearly 100 doctors from around the world operated on the little ones and participated in the “virtual reality room” through a headset, according to LADbible.

The children spent 27 hours in the operating room during their last operation, with four 15-minute breaks to eat and drink, according to the Daily Mail. Although they had tried to separate them before and it didn’t work, this time they had more hope, and they finally succeeded.

Jeelani was “absolutely shattered” after the procedure but was satisfied that they achieved their goal. “There were lots of tears and hugs. It was wonderful to be able to help them on this journey,” he told LADbible. Bernardo and Arthur came out of the surgery safe and sound and are now recovering.

They became the oldest craniopagus twins to have been separated. “We are delighted that the surgery went so well and that the boys and their family have had such a life-changing outcome,” Jeelani said, according to LADbible.

This was the sixth separation the neurosurgeon has performed in his career, having already handled cases from Pakistan, Sudan, Israel and Turkey.

Bernardo and Arthur’s blood pressure was in perfect condition, and four days after the operation, they were finally able to shake hands, according to the Daily Mail. They now have six months of rehabilitation ahead of them while Dr Jeelani hopes his foundation will help more cases like this. “The idea behind the charity was to create a global health service for super-rare cases to try and improve outcomes for these kids,” he said according to the same source.

According to figures from Gemini Untwined, one in 60,000 births turn out to be conjoined twins, and only 5% of those are fused at the head.