Dad made a walker for his baby out of PVC pipes and four milk jars. They didn’t have money to buy one 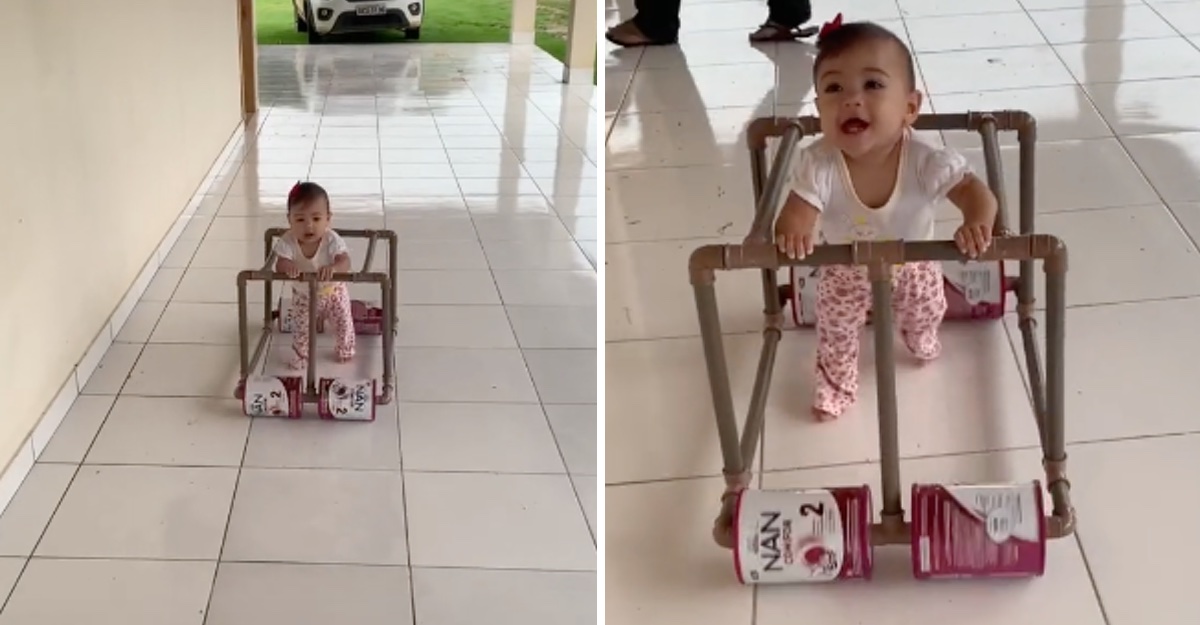 The father’s gesture received a standing ovation on social media, where users highlighted his creativity and his ability to turn everyday objects into something as useful as a baby walker.

That’s the case of a father who went viral on TikTok after showing a video of a baby walker he built by himself from milk cans and PVC pipes.

According to SDP Noticias, user Mayrla Faria, who is allegedly the baby’s mother, uploaded a video showing the little girl happily walking thanks to her homemade walker.

Just a couple of PVC pipes and some milk jars made the creation of the walker possible, an object that can be very expensive and that this family didn’t have the financial capacity to buy.

However, since this father wanted to make his daughter happy above anything else, he decided to get to work and make a homemade baby walker.

The baby’s father seems very talented since you can see from the video that the homemade baby walker is very sturdy. The little girl, named Ana, can move easily and without any problem through the backyard of her house.

The video quickly went viral, and hundreds of users congratulated the minor’s father for his creativity, skill, and talent in turning such basic and everyday objects, such as PVC pipes and milk jars, into such a useful object as baby walkers are.

The most important thing is that now Ana will be able to learn to walk without any problems and her family won’t have to spend a ton of money for her to do so.