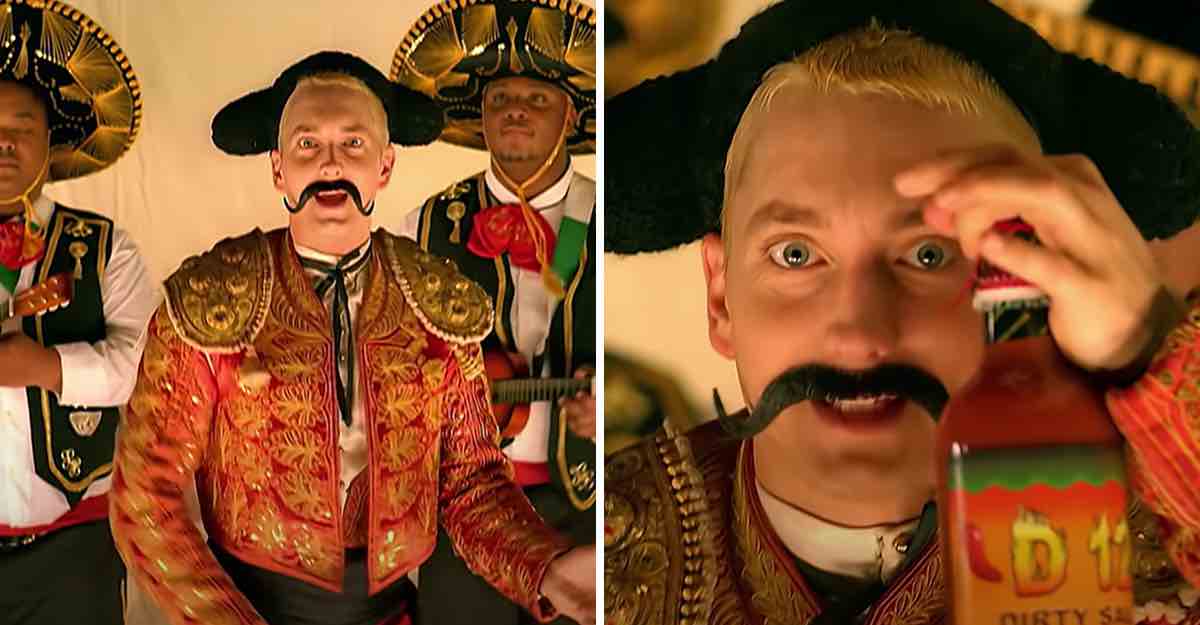 The singer was even accused of cultural appropriation for appearing in the video in a Spanish bullfighter’s outfit, while the group accompanying him dressed as mariachis. “I keep pretending this didn’t happen,” they say.

Users on social media once again gave relevance to “My Band“, Eminem’s music video with the hip hop band D12, released in 2004. However, it wasn’t because they wanted to highlight something good about the clip, but for a totally unrelated reason.

Internet users noticed that towards the end of the video, the members of the group D12 appear dressed up as Mexican mariachis while Eminem dressed as a Spanish bullfighter. Yet, it seems that he mistook it for a costume from Mexican culture.

In the video, Marshall Bruce Mathers III claims that his “salsa makes all the pretty girls want to dance, and take off their underpants”, while showing a container of hot sauce.

In response to this, a large group of people from the Hispanic community were upset and accused him of “cultural appropriation” and “mocking” Mexican culture, expressing their opinions on Twitter.

“He was actually in a Spanish bullfighter costume with a bunch of people dressed in Mexican attire and singing about salsa. Cultural appropriation is all over the place,” said one user.

“This is the song that made me take a very long break from listening to Eminem. I keep pretending this didn’t happen” and “How is the Latino community not outraged over this? It’s a mockery,” are some other messages.

However, some people preferred to downplay the controversy. “Come on, this was comedy. To me, it doesn’t matter who wants to use our ‘flavor’, as long as there’s no ill will. It doesn’t matter who you are. I just watched the video, I don’t see why people are offended,” one personmencionó

“As a member of the Hispanic community, we really don’t care enough to write someone off. We’ll talk bad about them if what they do is serious and ignore them, but we won’t do much more after that,” said another user.