Girl inseminated herself so she wouldn’t ‘share’ her baby with anyone: “I’m happy to do it all by myself” 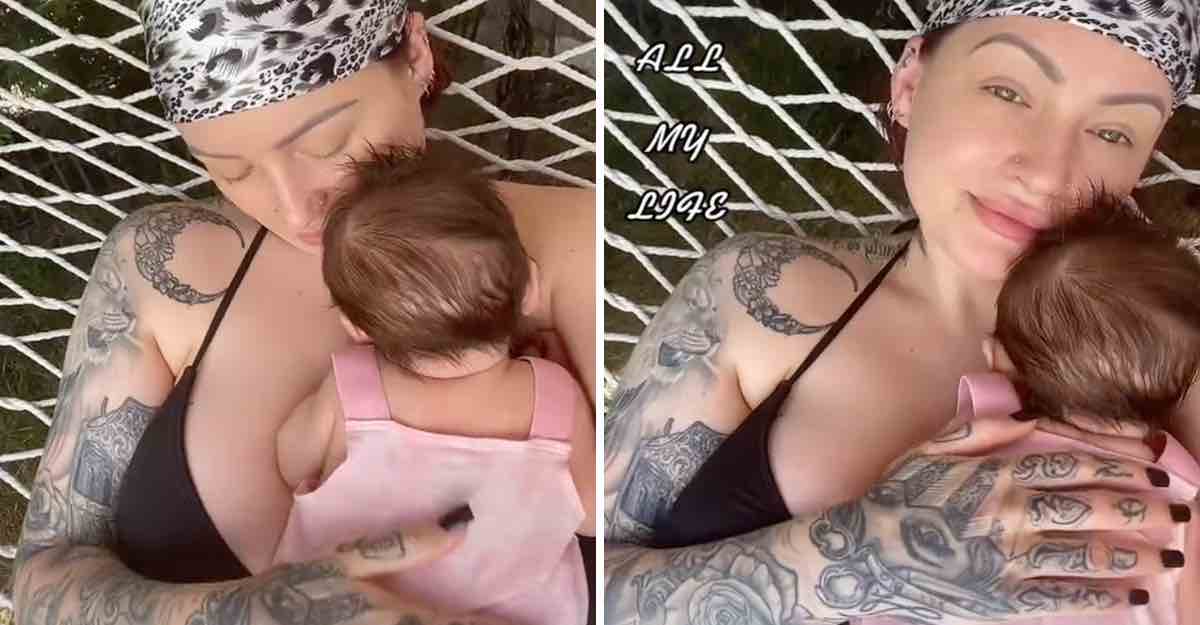 Skylar searched online for a sperm donor, and after certain legal arrangements, the recipient arrived in the mail. “I had to artificially inseminate myself at home. It was a very easy process,” she said.

Skylar is a 28-year-old woman who told about her experience becoming a mother through social media. Although unlike a normal pregnancy, she achieved it in a somewhat different way.

The girl said that she always had the idea of having a child when she turned 30, having a partner or being single. However, when she turned 27, her desire to be a mother grew a lot, so she didn’t want to wait any longer and decided to look for a sperm donor on the internet.

“When I was 27, I had an epiphany. I knew I just had to have her already. I know we have been together in past lives and our souls have connected. Plus, I didn’t want to have to rely on anyone else to raise my daughter or share my child,” she said.

The young woman, who works as a beautician in New York, United States, also mentioned that she had always thought about getting a donor and knew that was most likely the way she would become a mother.

“I decided to choose a donor who looked like me and was creative and artistic. It really worked out because she looks the spitting image of me, there’s no question she is my child. I inseminated myself in my home on my own with sperm that was sent in the post. It was a super easy process,” she said.

So she waited a month and took a pregnancy test, which came back positive immediately. “I took seven tests to be sure, I was just in complete shock. I was absolutely ecstatic. I couldn’t believe my eyes,” she indicated very happily.

Skylar recounted that the whole process was much cheaper than doing it through a donor company, which helped her save money and invest it in a birth coach to support her when she needed it.

“A doula is someone who guides you through the process, she was my rock throughout my pregnancy and was worth the money. She was there for me for general support and advice, I couldn’t have done it without her,” she said.

The new mother added that at certain times she still felt lonely, especially the day she gave birth to her little girl, as she felt judged for not having anyone by her side. “People looked at me as if to say: ‘Where’s the baby’s father?'”

However, she admitted she wouldn’t have it any other way.

“When she finally arrived, it was the happiest day of my life, and I did it all by myself. I felt like I had a missing piece, but my little girl has completed me,“ she finished.