“I didn’t want a life without her”: Priest and nun left the Church for love and set out on a journey together 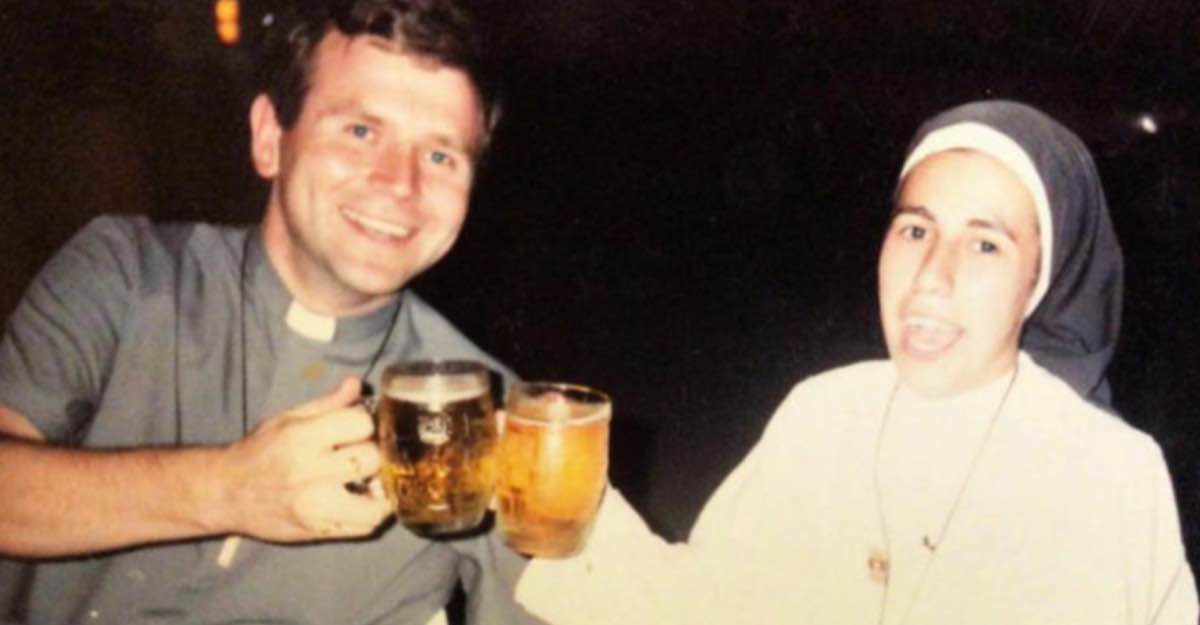 Mercedes Tarragona was 22 and Daniel Genovesi 26 when they met in an Argentinian parish and tried to be together while they could. When she decided to leave the convent, he did too for fear of never seeing her again, and they began a life they never imagined.

No matter how secure we feel about our vocations, life often presents us with challenges and turning points where we must decide which direction to take. There is no one option that is the right one, we just need to know what we really want from our hearts to be happy.

It’s not easy to dare to change, especially if the change is very drastic like in the case of Mercedes Tarragona and Daniel Genovesi in Argentina, who resigned from their positions as priest and nun after knowing each other deeply and falling in love, which shouldn’t happen in the Church because of certain rules.

Mercedes had joined the convent at the age of 17, but it wasn’t until she was 22 that she met the man who stirred her heart and made her feel romantic love. We’re talking about 26-year-old Daniel, who was a priest. The two met for the first time in a parish in the Province of Santa Fe.

She was a nun of the Mercedarian Sisters of the Child Jesus in Cordoba, but her life changed when she moved to the other region and met the young man who worked as the bishop’s secretary. A celebration animated by Mercedes in the parish was where it all took place.

They spoke on that occasion, and from then on, they both expressed interest in seeing each other more often.Daniel enjoyed his life in the parish of Venado Tuerto, he just didn’t expect this feeling. “I wasn’t prepared to meet her. And when I met her, a lot of things happened to me. I had entered the seminary in my fourth year of high school, and I had never been in a relationship”, he told La Nación.

Mercedes had never been in love before either and the situation got her thinking. “I felt that we were spiritual friends, like Saint Scholastica and Saint Benedict,” she told the newspaper.

They looked for any kind of excuse to be together, but they didn’t confess anything until she decided to resign from the convent and leave the city.

However, this made Daniel fear not seeing her again and he invited her to the town, but she confessed her feelings to him one day when they met and told him she didn’t want to ruin his life because of it. “I realized I didn’t want a life without her. So we made the decision to go on a journey together. And it was quick,” Daniel told La Nación.

In this way, he also renounced the Church and they let their emotions get the better of them. “We kissed when we couldn’t take it anymore,” he told Radio Caracol.

Both went to Buenos Aires, and with the help of friends, they adapted to the lifestyle outside the Church. They began to dress in ordinary clothes, went to restaurants, listened to advice on life as a couple and were even taught the simplest things in life.

More than two decades have passed since then and together they have raised a family with two daughters aged 26 and 23. “What happened was that I lived in a little box, and I was fine in that little box. But when I met Daniel, he opened the windows for me. And there was a lot of light outside, a lot of beautiful things outside,” Mercedes told La Nación.

Fortunately, they were able to face the decision without major problems because they were honest from the beginning, following the path that brought them together and made them happier than they could’ve imagined.