​​”I have to do my homework’: Teacher punishes students with squats for not doing their homework 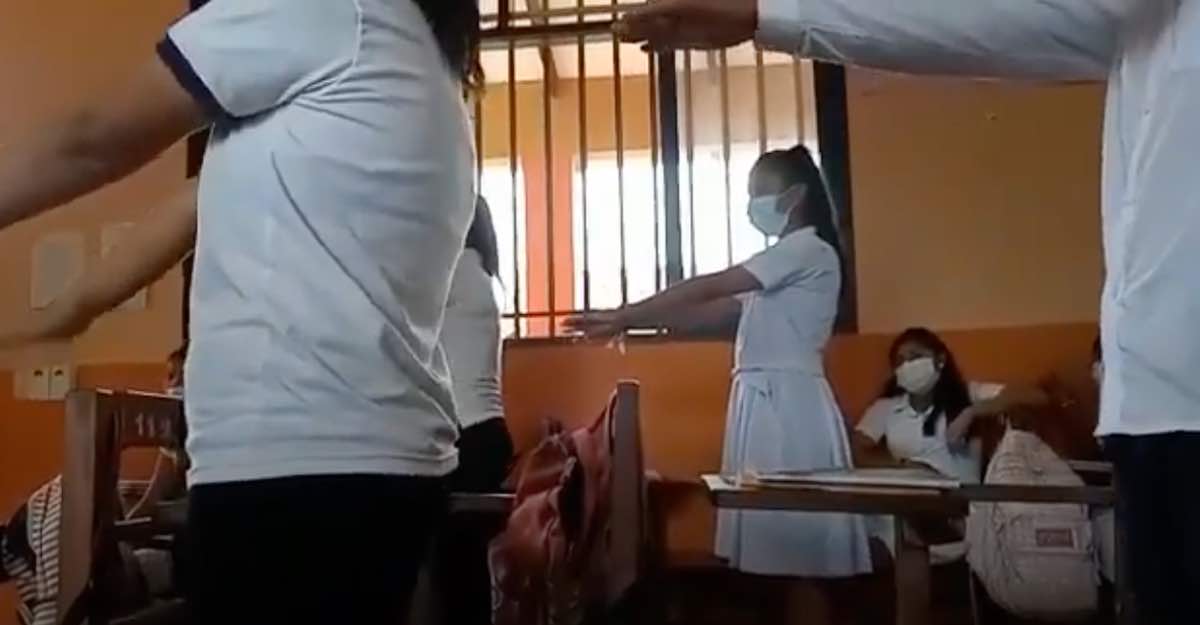 Children at a school in Okinawa (Bolivia) had to stand up in front of the whole class to do an exercise that the teacher ordered them to carry out for not doing their homework. While doing so, they repeated the phrase to remember it and follow instructions next time.

Times have changed and this can be seen in everyday life. For example, we have heard from our parents and grandparents how they were punished by their parents and teachers for not fulfilling their responsibilities and homework.

Crude stories reflected the violence of the time, a practice that is no longer done in much of the world and is condemned. Teachers also had other methods such as “pinning donkey ears” on a child in front of the whole class. Although it seems that nowadays all humiliation and ill-treatment are a thing of the past, there are some teachers who still apply measures that are highly questionable.

Such is the case of a teacher in the municipality of Okinawa (Bolivia) who punished her students with squats.

As you can hear, the teacher ordered the children who didn’t fulfill their responsibilities to do physical exercise in the classroom in front of all their classmates, who watched as they did the squats and repeated a phrase that the teacher forced them to say. “I have to do my homework,” they said.

The moment was recorded on a video that was uploaded to a Facebook page called “Okinawa is News”, where the punishment could be seen.

There were more than four students standing in the classroom while the rest were sitting at their desks and the teacher was heard saying the phrase they were repeating while performing the exercise. Before they started, she told them to put their hands in front of them to do it correctly.

“Quickly now, hands in front. Begin,” is the order the teacher gave the students, and they were quick to obey.

The children repeated the phrase more than 10 times to never forget “their lesson”. Between laughter and discomfort, they complied with the punishment that the teacher gave them. This measure was highly criticized on social media, where users showed their annoyance. “That was before, when they were punished. Today it’s very forbidden. I would say it’s wrong. How can they do that?”, said someone on Facebook.

Yet, another user praised the practice. “That’s not punishment, it’s exercise,” said one person in the publication, and another noted that, “There’s nothing wrong with it. Besides exercise is healthy,” on the social platform.

Watch the video below.

In cases like this, the opinions that carry the most weight are those of their parents and especially the children. It remains unknown if the parents have made any complaints about this, but it’s possible that more than one will do so.