In Australia, girls learn about car maintenance in school from the age of 11. They’re raised to be independent 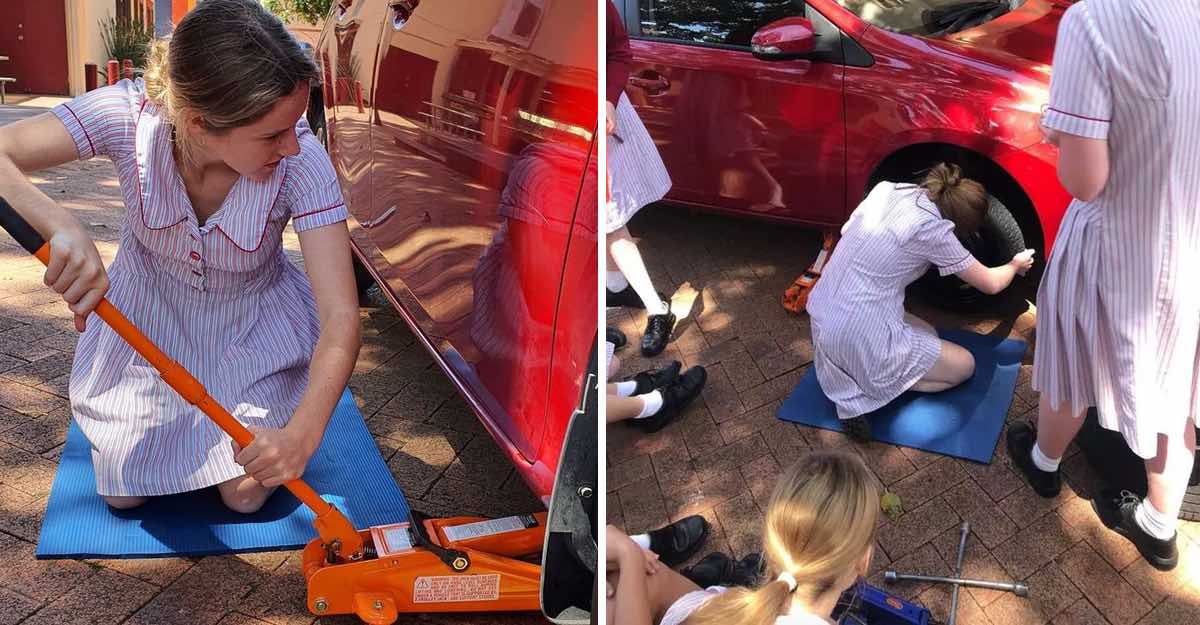 They won’t need a man to change a tire, measure the oil or wash a car since they’ve learned to do it for themselves from a young age.

The times when activities were divided by sex or gender are over. Everyone has proved that they’re capable of doing what they want as long as they’re prepared. A great example of this is in Sydney, Australia, where they teach a school for girls how to maintain cars.

From the age of 11 onwards, they can take this practical class, which is taught, of course, by another woman.

The idea is for them to learn to take proper care of their cars by themselves, which is a necessary skill. We probably leave everything to the mechanic these days, but there are always prevention methods we can practice at home or in case of an emergency.

An example of this is changing a tire. These girls won’t need to wait for someone to help them in the future. They’ll be able to do it quickly on their own.

Something that Stella Maris College in Manly is clearly aware of since it seems that in Australia the highways are very long. Women and teenagers learn to feel comfortable behind the wheel thanks to these classes, which prepare them for adversity.

The truth is, it’s not about strength, it’s basically about intelligence and skill, so they make it clear that it’s not just “a job for men”.

For over 13 years, educator Eleni Mitakos has taught groups of women how to carry out basic maintenance work on their vehicles. She told the Daily Mail that each year around 100 thousand teenage girls learn about cars.

“The primary aim is for teenagers to feel comfortable behind the wheel. Ultimately they are driving very big vehicles which can be very expensive if not looked after properly. We can’t stress enough to all our students you should never ignore a problem with you car, you need to address it for your own safety.”

The future looks bright for Sydney’s female population and there are many women who can now hold their own when it comes to cars. Besides, it’s encouraging that the teenage girls aren’t holding themselves back, they show real interest in learning as they know that one day they’ll have a car of their own and they’ll want to know what to do in any given situation,

A great initiative that should be emulated around the world and perhaps even be expanded to include other areas such as plumbing and electricity, so as to promote complete independence.