“Make her cover up”: woman criticized for wearing tiny bikini and swimming in a family public pool 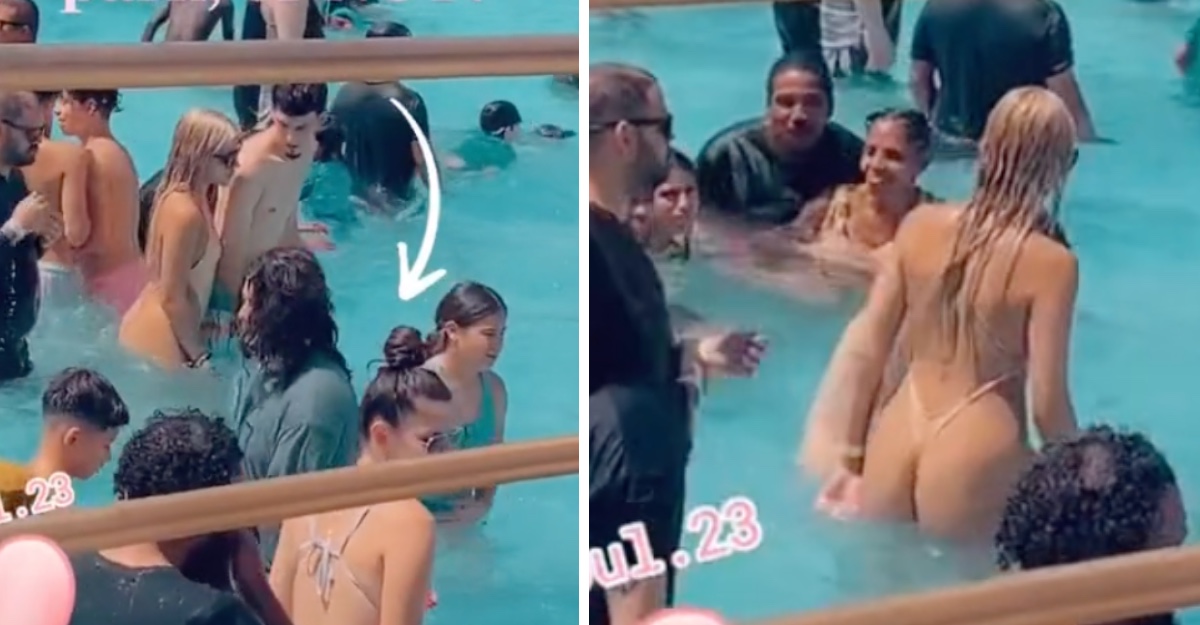 The young woman just wanted to escape the hot summer by cooling off in her hometown pool. However, she wasn’t received as she expected.

In recent years, the idea of “not having an opinion about others” has become popular. However, several TikTok users forgot about this when they saw a girl in a bikini enjoying herself at a family public pool. They They weren’t afraid to ask her to “wear something covered up” out of respect for the children who were enjoying the day.

One of the favorite activities for families when summer arrives is taking a dip in a refreshing pool to escape the heat. Although not everyone has one at home, in the United States, municipalities provide public pools for everyone to enjoy.

As is to be expected, most of these types of places are frequented by families with small children, who go regularly for vacation. However, there are also young people who want to cool off in the water, so they share the space with little ones, too.

That’s exactly what one girl wanted to do, who, during a summer afternoon, decided to go to the public swimming pool in her county. Even so, her presence wasn’t well received, especially by TikTok users.

It turns out that the woman was wearing a tiny bikini that showed off her curves, which wasn’t to everyone’s liking. Through a clip published where the young woman appears, several netizens criticized her for her attire, alluding that it didn’t correspond to a family environment.

“It’s a bikini I would wear to a club, not to go to a family water park,” “Being dressed appropriately is a sign of respect for others,” “Kids follow what they see. It’s not appropriate,” “Make her cover up,” were among the hundreds of messages of disapproval for the young woman’s bathing suit.

Even so, there were several users who thought that there was no problem with the woman’s outfit. “Children only care about playing, not how others are dressed”, “Her body, her decision”, “It’s a water park, of course she should be wearing a bikini”, “They’re more worried about the husbands than the children”, said people in favor of the girl.