‘The cake is too small’: Father is criticized for humble birthday he organized for his son 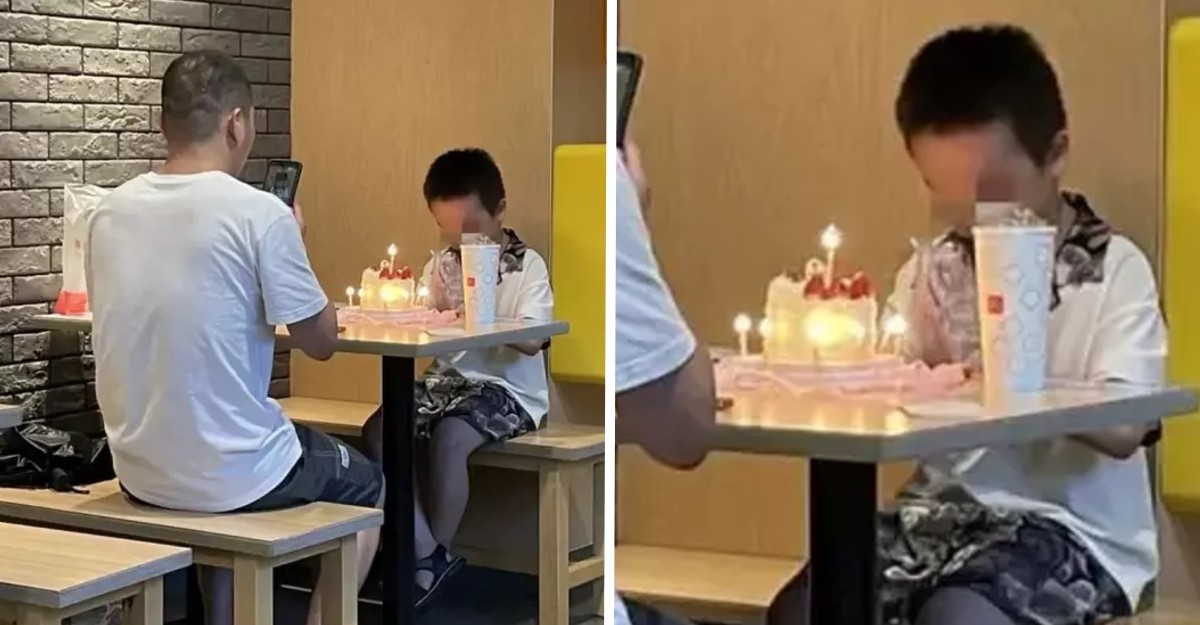 Despite the father’s intention to celebrate his son, some users pointed the finger at him for celebrating a birthday like this. “Don’t buy it if you can’t afford it,” they told him regarding the size of the cake, in addition to criticizing that he took him to a fast-food joint.

We have always been told to spend within our means, which for many may mean keeping things humbler when times are bad. However, something’s size doesn’t make a gesture any less important.

For one father, that was the idea when he decided to celebrate his son’s birthday: keep the celebration simple by going out to eat at a fast-food joint and then blowing out the candles with a simple cake. This situation received applause, but also criticism.

The 經典語錄 Facebook page shared an image of a father and son duo sitting at a fast-food restaurant to celebrate the boy’s birthday. Apparently, the father was criticized for not making the celebration elegant, much to the dismay of netizens.

“A few days ago, someone spotted a father and son at a fast-food restaurant. A small strawberry cake was placed on the table and candles were carefully placed on it. The son had clasped his hands together, closed his eyes and made a wish with the candles. The father was sitting in front of him, taking pictures of his son with a phone,” wrote the user who shared it.

It was a sweet sight to see the father and son duo, but people on the Internet had other opinions in mind. “It was a very touching scene, but some people made comments and pointed fingers, thinking it was very wrong to celebrate a birthday like this by taking your child out to eat fast food on his birthday,” one netizen commented.

“The cake is too small. Don’t buy it if you can’t afford it. What are you thinking? Do you want him to inherit the same lifestyle as you?”. ” If it’s that hard, you shouldn’t have had him,” basically saying that the father shouldn’t have had kids if he didn’t have money.

Of course, others rushed to defend him, “This plainly dressed father is doing his best to give his son the best gifts within his means, so why criticize him?”

People’s criticisms aside, it’s clear that the son appreciates his father’s effort and presence in his life, which is all that should matter.