“They called me a whale”: Woman forgets the criticism of others and shows off in a bikini. She started to value herself 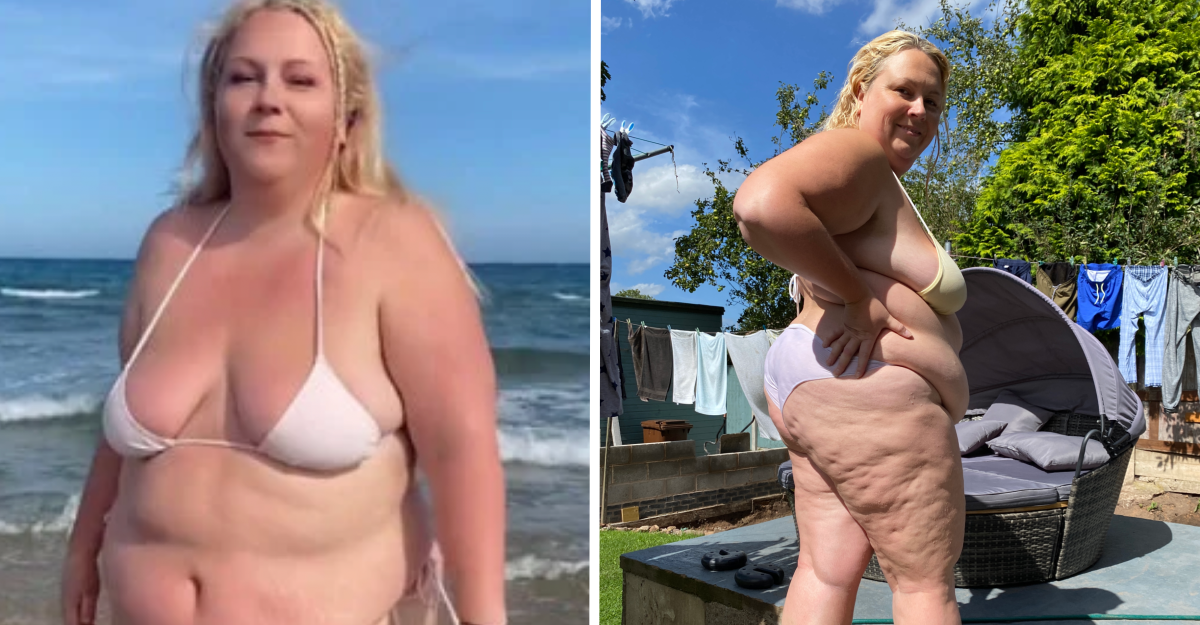 Adele Hobkibson spent more than 20 years hating her body until she decided it was time to learn to love herself and show her physique with pride despite the constant criticism she receives.

The road to self-love is probably one of the longest, and at the same time, most difficult. Adele Hobkinson knows this well since she had to work on her self-confidence for two decades to be able to endure the taunts of people who called her a “whale” just because of the woman’s appearance.

Adele Hobkinson is 40 years old, hails from Nottingham, England, and enjoys the summer posing in the sun in a tiny bikini whenever she gets the chance to cool off at the beach or pool. For anyone, it is normal to want to escape the heat by wearing a bathing suit, but for the woman, it wasn’t always easy, since, due to her weight, she often had to endure teasing when wearing skimpy outfits.

In fact, since she was a little girl and was in school, Adele was already being criticized by her classmates. It turns out that the woman has always been overweight and even today her Body Mass Index (BMI) passes 45 points, which clinically is considered as obesity according to doctors.

Growing up, Adele was always ashamed of her body, mainly because of the teasing she experienced. However, no matter what diet she tried, there was no way for her to lose a few kilograms.

“I was teased mercilessly. I’d cry all the time and I felt left out and unwanted. At my lowest ebb, I hated myself, and my body, and believed the bullies. I got to the point where I didn’t think I could ever love my body or find a fella.”

Adele Hobkinson to the The Sun.

However, the woman’s life took a 180-degree turn in 2003 after she met Tom, who to this day is her husband. The man gave Adele the confidence she needed to love herself after hundreds of compliments and calling her the “perfect” woman.

That’s how Adele decided to share her journey of self-acceptance through a YouTube channel, TikTok and Instagram. On those social media platforms, the woman shows off in tiny bikinis, enjoying her body and being happy above all. Even so, she receives hate from some cybernauts who have even called her a “whale” because of her figure.

Adele prefers to ignore every single message full of criticism towards her physique. Every time she reads one, she thinks that her body gave her three wonderful children, and she couldn’t be any prouder of it.