This ox is almost 2 meters tall and weighs 1,400 kilos. They know him as the farm’s “Michael Jordan” 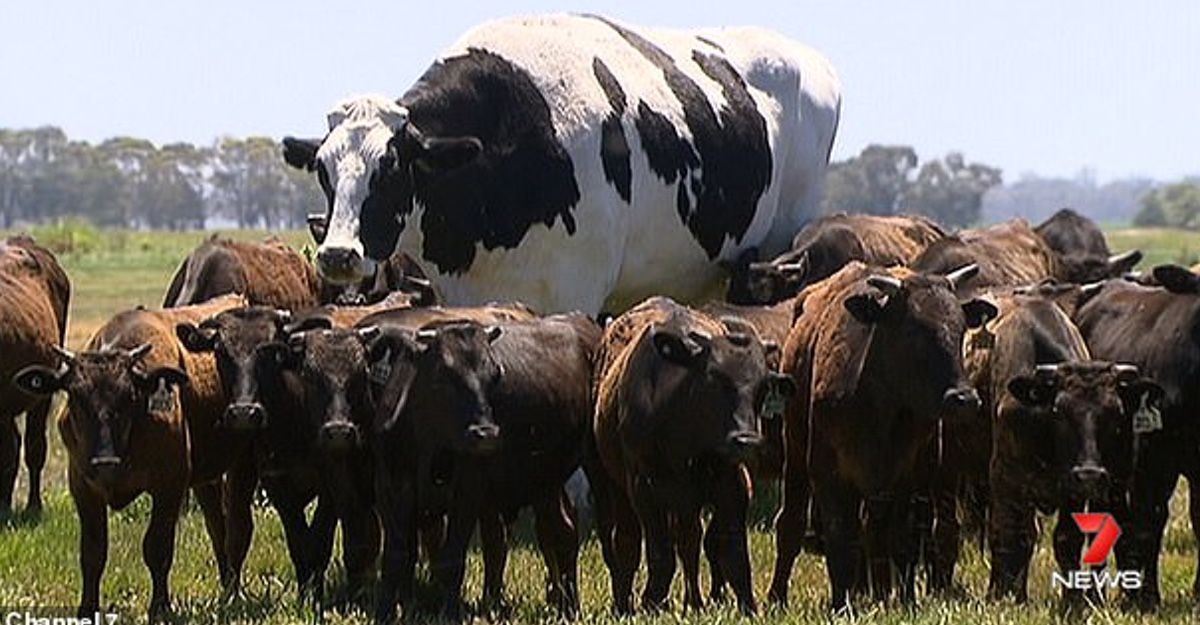 His size saved him from the slaughterhouse and gave him a second chance at life.

He seems like he’s fake, the result of a long day of Photoshopping, but no. Knickers the cow is completely real. He’s as tall as the famous NBA basketball player, Michael Jordan. The ox, weighing 1,400 kilos, became the most popular clip on the internet this week, making him one of the peculiar animals that have broken records for his incredible size.

His owner, Geoff Pearson, raised Knickers on his farm since, due to his size, he couldn’t be sold or exported elsewhere. As a result, the 1.94 cm tall ox now has a second chance at life instead of ending up in the slaughterhouse like thousands of others do on a daily basis.

“He’s too big to go into the export plant’s chain. We have a high turnover of cattle that have accepted him,” Pearson told Channel 7.

Although he hasn’t been turned into food, Knickers does have work to do on the farm. All the cattle are attracted to him, so they follow him, making it easier for Mr. Pearson to haul them back when he needs to. “When he stops and starts to walk, you see a line of cattle behind him. That’s how we know that Knickers is roaming around.”

According to the Guinness Book of Records, the largest bovine in the world weighs 2,267 kilos while the tallest is over 2 meters.

ABC News spoke to veterinarian Rupert Mothersole, who specializes in dairy cattle, who said that there are several factors that could have contributed to Knickers’ enormous size, such as genetics or having been castrated at a very young age.

The average weight of a cow is 630 kilos. Although it’s increased by 18% in the last two decades, who knows? Maybe in the future we’ll only see farm animals the size of Knickers.