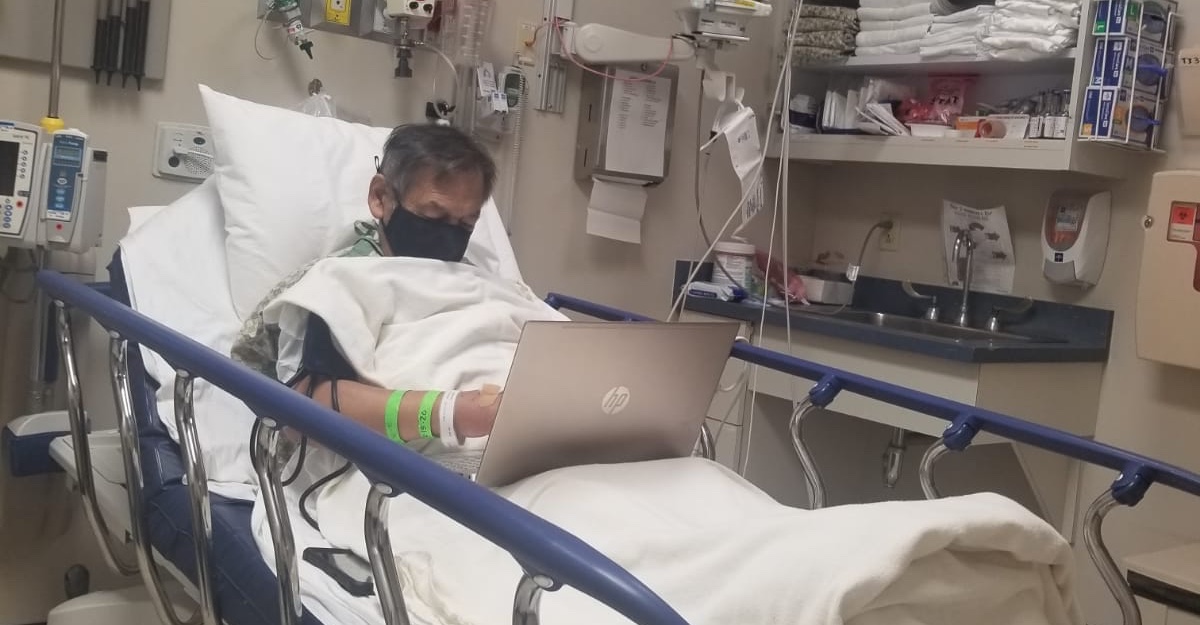 Alejandro Navarro packed up his laptop and charger when he found out he was going to be admitted to hospital, so that he could continue marking his students’ work. He dedicated his final hours to his profession.

The great teachers of the world don’t go down in history because of how much they know but because they become role models for their students. In a year as turbulent as this one we have been able to witness the true humanity of the many teachers who have given 100%, trying to be agents of change from a distance. Teachers like Alejandro Navarro from San Felipe del Río in Texas, United States, are remembered for their dedication and commitment.

Alejandro Navarro was a teacher who was devoted to his job and who had been admitted to hospital due to severe heart problems. Before going through to the ER, the teacher opened his laptop and got to work correcting the assignments and exams that his students had sent him virtually.

His daughter, Sandra Venegas, took the final photo of her father on her phone, showing how he used the little energy he had left to finish his work.

The picture was shared on Facebook on December 18th alongside a moving caption, in which Sandra detailed that when her father found out that he was going to be admitted to hospital, the first thing he packed was his laptop and charger so that he could finish checking reports from his hospital bed.

At one point, he was approached by doctors who told him that his condition was worsening and asked him to confirm whether he would prefer to receive CPR and be intubated or left to go in peace in the event of his heart stopping.

Sandra emphasizes how worried her father was about work and how he always put the needs of his students above his own. The daughter wishes that she could have made the most of those final moments with him.

“The last time I saw him was Monday and he spent the two hours I was at his house working. I wish I would have closed his laptop and enjoyed spending time with him.”

Venegas, who’s also a teacher, called for increased awareness about the great lengths teachers are going to in times of COVID and who are working far more hours than they are contracted to, which places an enormous strain on them. Her reflection finishes with a plea not to normalize working extra hours, as people are replaceable at work but they are not replaceable at home.