Two women pregnant by the same man celebrated their babyshower together. They believe in polyamory 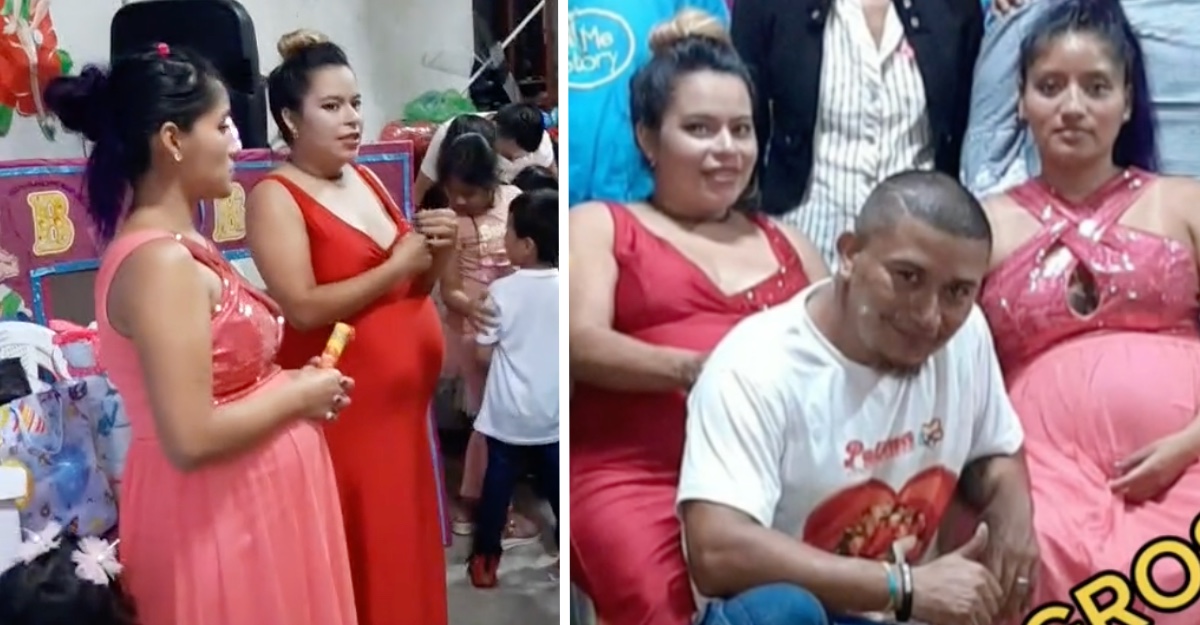 Nancy and Paola are eight and five months pregnant respectively, and both are expecting a daughter from Jesus, a young Guatemalan man who has been in a relationship with the two girls for more than six years.

Many people dream of finding the love of their life, starting a life as a couple, having a family, and living happily ever after, like in Hollywood movies. In the case of Jesus, he got that and more, after getting his two wives pregnant at the same time, celebrating the arrival of his new offspring twice.

Jesús Castañeda, a young man from Santa Rosa, Guatemala, is one of those people who doesn’t believe in the classic stereotype that loving couples should only be made up of two people. In fact, the man is sure that it is possible to love more than one woman at a time, since he practices a polyamorous relationship with Nancy and Paola.

While many find the romance between the three guys interesting, what has been even more shocking is the fact that both women are currently pregnant with Jesus. Nancy is already in her eighth month of gestation while Paola is in her fifth month of pregnancy.

For the polyamorous relationship, this was the best way to celebrate their six-year relationship. However, they weren’t planning a double pregnancy. It was just a coincidence. However, what caused more amazement from cybernauts was the fact that Paola and Nancy celebrated their babyshower together, uniting their families, and obviously including the father of the two babies as well.

However, what internet users found most astonishing, was the fact that Paola and Nancy celebrated their babyshowers together, bringing together their family and, as well as of course, the babies’ father.

According to Nancy herself, she told Chapín she loves “her polyamorous relationship”, and the idea of celebrating the babies on the way was the best way to “have beautiful records of that day”, affirming that the celebration was the idea of the three participants of the love affair.

Although the idea of Jesus and his love for his two wives seems strange to many, both Nancy and Paola feel comfortable having a relationship with the same guy, and even happy with the idea that they’re giving birth to siblings only three months apart.