US soccer player didn’t wear gay Pride jersey as it went against her beliefs: “I’m still committed to my faith” 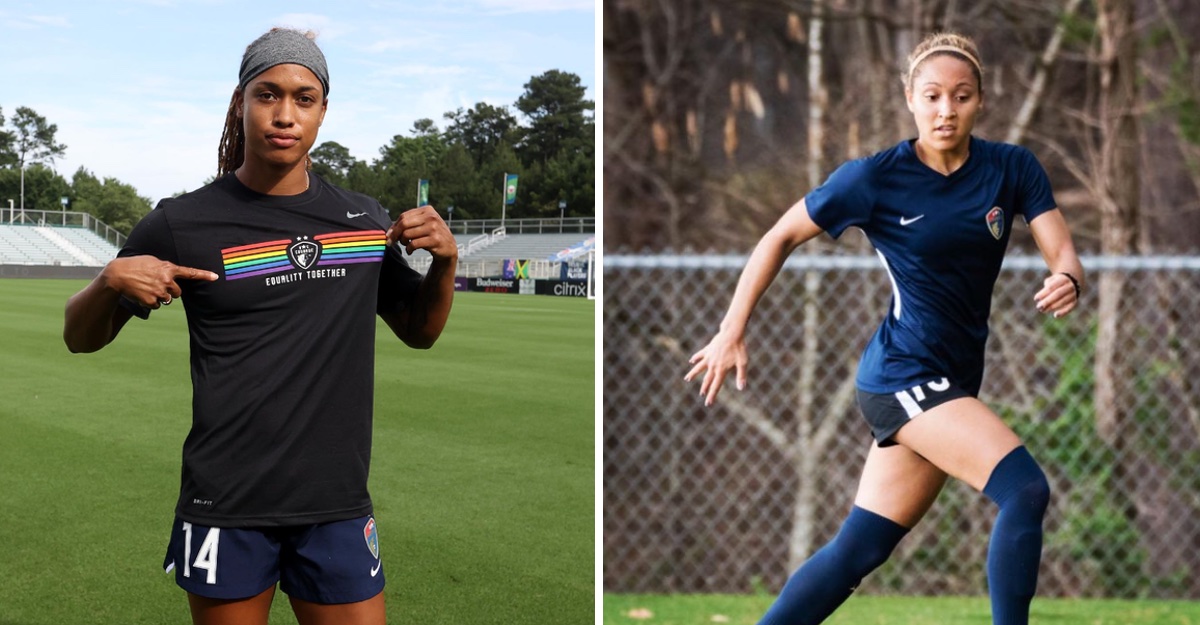 Jaelene Daniels, a player for the North Carolina Courage professional soccer team in the United States league, chose to miss a game rather than wear the colors of the LGTBIQ+ flag.

The inclusion of people of sexual diversity takes different forms, the important thing is to always make sure that their rights are respected and that everyone should be able to opt for the same opportunities because there should be no discrimination for having different tastes.

However, although much effort has been made to ensure that the LGTBIQ+ community has the same respect as everyone else, there are still cases of harassment from those who identify with a different tendency to heterosexuality.

This is why campaigns to promote inclusion are needed in different environments. One of the most popular platforms in recent times to talk about this issue is sports because of its reach. However, not all athletes agree.

According to the Washington Post, the case of Jaelene Daniels, a player for the North Carolina Courage professional soccer team in the United States who refused to wear a jersey with the colours of the gay pride flag, recently came to light.

It happened during a match against the Washington Spirit, where her team would wear the uniform during Pride Night. However, Daniels cited religious reasons for not being part of the campaign.

“Jaelene will not be rostered tonight as she has made the decision to not wear our Pride jersey. While we’re disappointed with her choice, we respect her right to make that decision for herself,” a team spokesman said before the game, according to the US media.

The team’s coach, Sean Hahas, also spoke about what happened and said they tried to make sure it didn’t affect the other players. “What we have to remember is, it’s the second time that they’ve worn those jerseys and I know how powerful it was for them, and how much it means for them.”

“And my number one thing was nothing is going to come in between that, because that’s important to them and that means something to them, and I stood by that,”added Nahas.

Daniels herself said she has no regrets about her decision, because she won’t change her religious beliefs for any reason. “I remain committed to my faith and my desire for people to know that my love for them isn’t based on their belief system or sexuality,” she said.

“I pray and firmly believe that my teammates know how much I cherish them, respect them, and love them,” she added.