​​Woman asks for adult-only flights after hearing child crying for 3 hours: “I would pay SO much money” 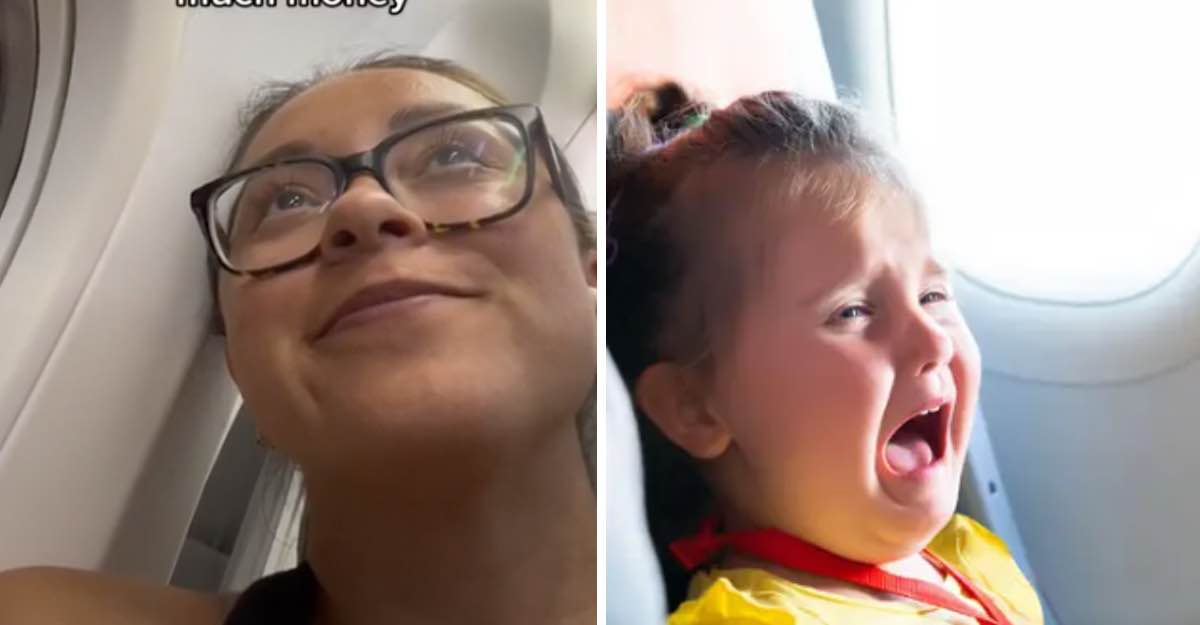 Morgan Lee, from Florida (USA) used her TikTok account to share her travel experience, in which an infant that was sitting behind her kicked her seat and cried while her mother slept, so she didn’t ask her to stop.

Organizing a trip is a hassle, whether it’s for work or a holiday. From choosing the date, deciding what to take, packing, planning the days, saving money, among other aspects that can turn it into a stressful and exhausting experience, so many people want the trip itself to be as relaxing as possible.

However, there are also those who enjoy every step of the journey and look forward to it.

Flights are one of the most popular ways to travel because of their speed compared to a bus, for example, although it always depends on the distance between the city of origin and destination.

The fact is that flying through the sky, observing the clouds and everything else that is possible from the heights is exciting for most people. It is also a perfect opportunity to read, listen to music, or sleep. However, there can be some drawbacks.

Morgan Lee is a woman from Florida (US) who used her TikTok profile to share the experience she had on a flight.

Like many, she was expecting to enjoy the air travel and take advantage of it to distract herself and rest. However, a boy of around five years of age who sat behind her turned the journey into a nightmare by kicking her seat and crying.

“The flight was three hours, and I heard this the whole time,“ she said on social media, prompting her to ask “Why isn’t there such a thing as adult only flights? I would pay SO much money.”

Her message caused division among users. While some criticized her, even sarcastically, others were supportive. “Yes, they exist, they’re called private flights”, “Oh no, I had to share public space with the public”, and “Because babies are human too and can’t control their feelings”, were some of the comments against her.

Following this, Morgan pointed out in the post that she was wearing noise-canceling headphones, but that they were no help, especially because of the infant’s kicks. Plus, the toddler’s mother was sleeping.

“As a parent, I agree 100%. I would love to be on a plane and not get dirty looks or grunts from angry people who don’t like kids/noise,” someone said in the post.

Watch the moment below.

This case has clearly divided users for having to make a choice between comfort and learning to tolerate whoever is around.